US Screen Co. offers profile wire in looped or welded construction for liquid solid separation serving the agricultural, waste water, pulp and paper, food processing, mining and aggregate, petrochemical industries. Our family owned team is dedicated to providing cost-effective and quality products that are Proudly Made in America. 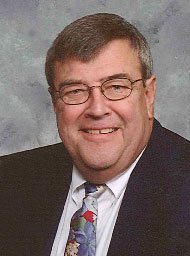 Dan started in the screen manufacturing business 50 years ago sweeping floors for the Wedge Wire Corporation in Wellington, Ohio. Dan spent almost 40 years with the company in various roles until the company was acquired by a competitor in 2000. Having spent his entire working life in the screen business, he started US Screen Co. later that same year.

Dan unexpectedly passed in 2007, but over the years his reliability, honesty, affable personality and dedication to quality products had won over many people in the screen industry. These loyal customers kept calling and in 2008, Dan's sons, Mike and Matt, took over daily operations of US Screen Co. and the following year Dan's nephew Doug joined the team. The next generation of Dickason’s now guide the business with the same core principles instilled in them by their patriarch and strive to exceed the standard expected by US Screen Co.'s customers.

Save 10%on your first order